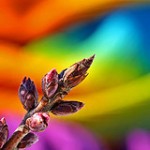 While similar to behaviors and obsessions seen in eating disorders, BDD is actually classified under obsessive compulsive and related disorders.  Individuals diagnosed with body dysmorphic disorder (BDD) are preoccupied with an imagined or slight defect in appearance.  This is more than an occasional thought; individuals with BDD think about the flaw(s) excessively and find themselves unable to not think about it.  The physical concern is often described as “monstrous, hideous, deformed, or repulsive”.  This preoccupation causes clinically significant distress or impairment in social, psychological, and occupational functioning.  Individuals with this disorder fear being scrutinized by others and being judged to be unlovable and unworthy.

Flaws in the skin, hair, and face are most common, although “flaws” can appear anywhere in the body.  A torturous relationship with mirrors is common, with some individuals unable to leave the mirror, while others avoid it at all costs.  Common behaviors seen in persons with BDD include, picking, grooming, camouflaging, comparing, self-surgery, plastic surgery, etc.  Some sufferers cannot leave their homes for days or weeks at a time Indiviudals may be obsessed with one flaw, only to add others, or may change their perceived flaws of focus.  BDD is thought to occur in about 1-2% of the population, though in studies of students, the percentage has been as high as 13%.  50% of BDD sufferers contemplate suicide